A few weeks back I outlined our vision for Data Science at UC San Diego. A major part of that vision is to help define and shape the field. While one way we can do that is through direct research, the most impactful way (in my opinion) is through educating the students who follow our curriculum.

This was the first-ever offering of this course, so I had to design it from the ground up. To add complexity, the enrollment was massive—403 students total!

Cogsci 108 - my new Data Science in Practice class. I think students are interested in Data Science here at @UCSanDiego... pic.twitter.com/DdGa2nHXVP


Before I go any further, I need to thank several people. First is Lead TA and Voyteklab PhD student Tom Donoghue, who put an enormous amount of work into setting up and maintaining the course GitHub account, helping write and test the homeworks, putting together all the Section Materials (see below), and so on.

Additionally I want to thank my dear friends Kirstie Whitaker (Turing Institute Research Fellow and Mozilla Fellow for Science) and Chris Holdgraf (Berkeley Institute for Data Science Fellow). Both of them stayed with me in San Diego for a few days while I picked their brains on how best to set this up.

Finally, I want to thank the students, who all took a huge chance signing up for a new course and being guinea pigs while we worked out all the kinks.

I wanted to teach students the joys and frustrations of the practice of Data Science. We didn't dive deeply into the methods or proofs of machine learning, clustering, etc. on purpose. The reasons for that were : So we had students try and implement various methods. At times we asked them to implement techniques we explicitly hadn't even taught them yet, as there may be times in their data science careers where they'll be asked to do just that. We wanted them to build a technical toolkit as well as a skeptical mindset and “data intuition”—that nebulous sense that something in a dataset is “off”.

I decided from day one to make all of my lectures publicly available via UC San Diego's podcast and videocasting system (here). Faults, bad jokes, mistakes, and all.

To handle the massive deluge of questions, we used Piazza. This let me, the TAs, the undergrad instructional assistants, and the other students help one another anonymously or otherwise.

We give each learner two sticky notes of different colors, e.g., red and green. These can be held up for voting, but their real use is as status flags. If someone has completed an exercise and wants it checked, they put the green sticky note on their laptop; if they run into a problem and need help, the put up the red one. This is better than having people raise their hands because:

This also allowed us to "deputize" students who had more experience, so they could potentially help students who were stuck at various points in the exercises. This act both increases our ability to teach, by focusing on bigger questions and issues rather than smaller technical ones, while also provided the "deputized" students experience in teaching.

For the first assignment we had each student create a GitHub account, make a pull request of Assignment 1, make the required simple changes, and then push their chsa

I chose to use GitHub and Jupyter because: Another added bonus of using GitHub was that it helped make clear who wasn't turning in homeworks on time (can't trick version control systems!) and who contributed what to the final projects.

Finally, using GitHub let us place a lot of extra materials for students to leverage, including code!

For example, in addition to the Assignments, we had Section Materials, which Tom put together to teach basic concepts and how to implement them in Python, such as this notebook on ordinary least squares (OLS): 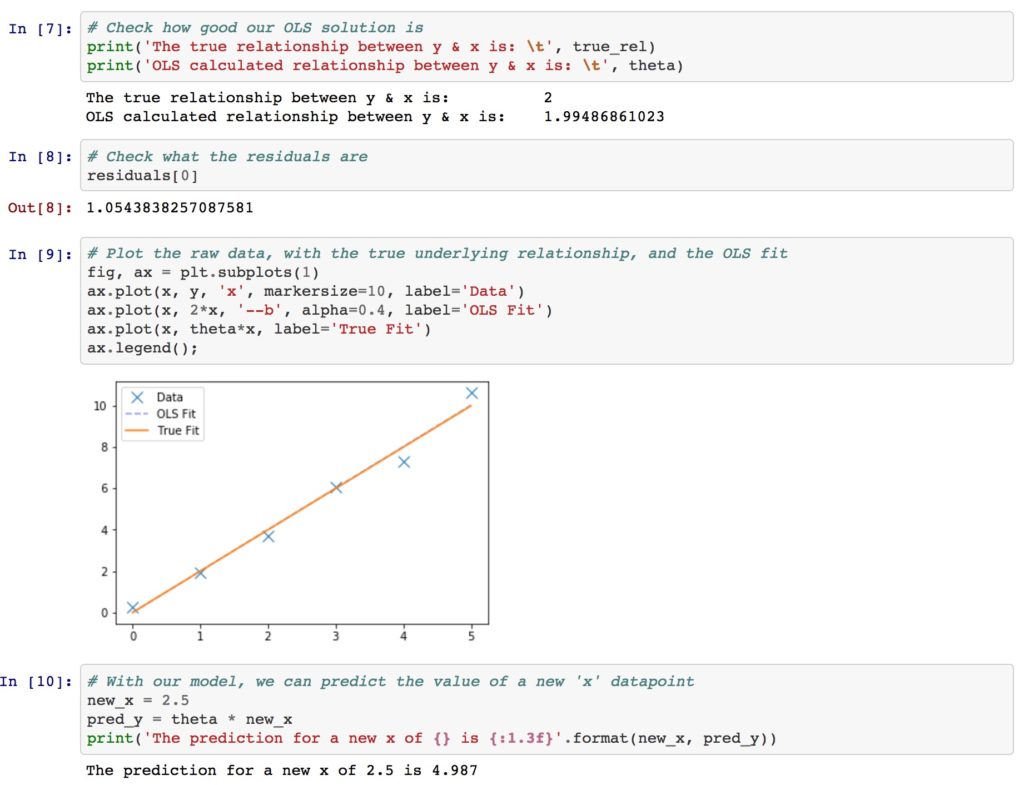 Or this walkthrough I put together to explain the utility of the Central Limit Theorem: 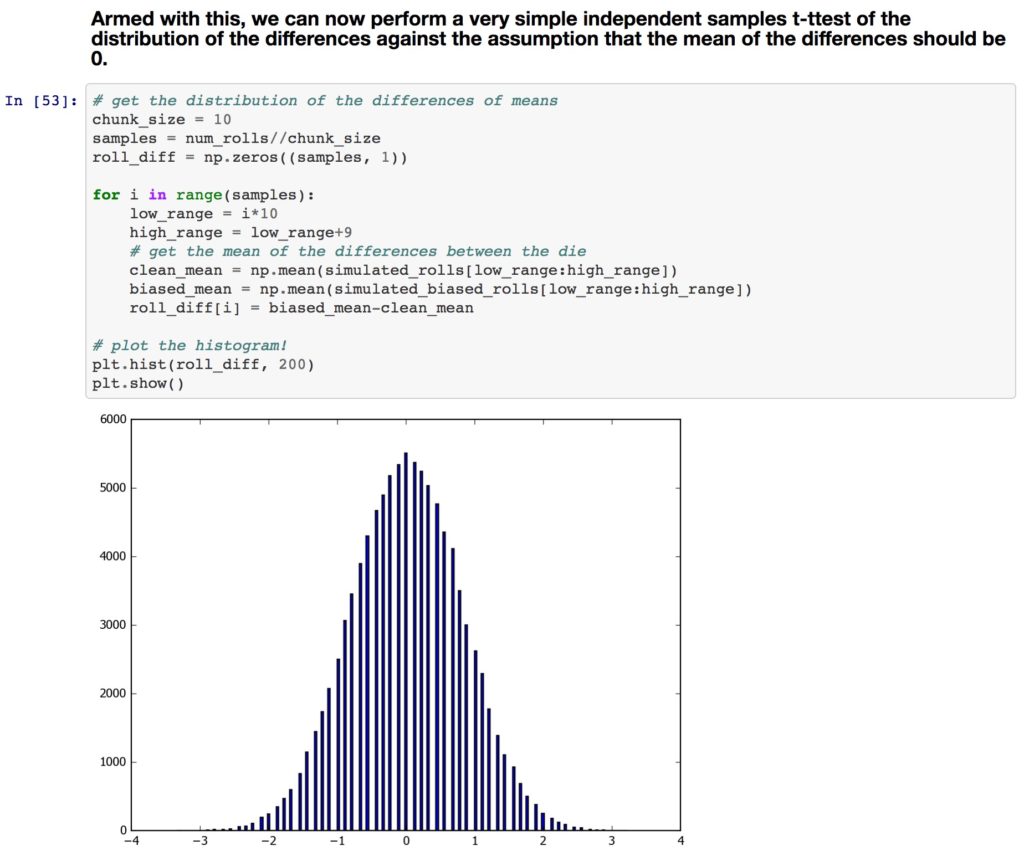 We had Lecture Materials, Workbooks, and Extra Materials to help students with things like Git.

There were some things that worked, and some things that did not. And the students were savvy and picked up on that. For example, these two anonymous comments from my student evaluations nailed it: The class only had one intro-level programming requirement, and it lead to a nearly bimodal distribution of number of study hours required. I heard over and again that Computer Science students were finishing assignments in 15 minutes while Cognitive Science students were taking 5-10 hours. That's too big of a spread, so as the Data Science curriculum here matures, we'll require an introduction to Python class.

That said, I'm not beating myself up too much, as the comments from the students were constructive (showing they cared!) and also very much motivating for me to continue to put in the time and effort to build classes such as this one. Yes, I'm singing my own praises by posting the below comments, but they show that teaching Data Science at scale can work—and even be personal!—in a way they students really connect with: In the next post, I'll show off the Final Projects the students put together!